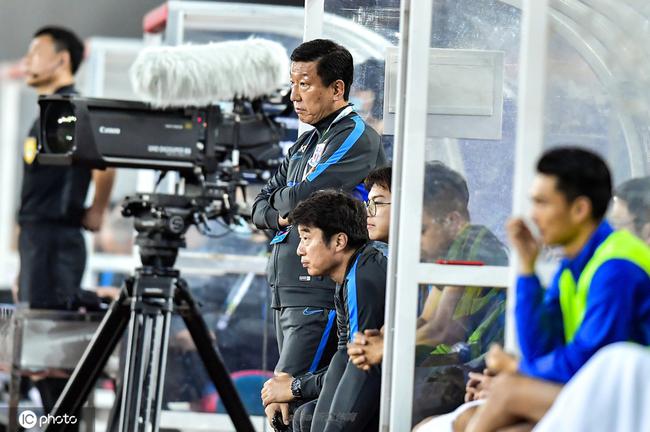 On the evening of October 18th, Beijing time, a focus battle in the 15th round of the Suzhou Division of the second stage of the 2020 Chinese Super League will kick off at the Suzhou Olympic Sports Center. Shanghai Shenhua will face Shanghai SIPG. Same city derby, Shanghai derby, from the past to the present, you can burst into blood without speaking at any time. This is Derby, this is the tone of Shanghai Derby.

On the afternoon of the 17th, the pre-match press conference of the Derby was held. Shanghai Shenhua coach Cui Kangxi and the defense general Feng Xiaoting attended the meeting. Faced with the recent overall strength of Shanghai SIPG, which has performed well both offensive and defensively, Shenhua really needs to tighten the fence first and do a good job of defense.

Regarding the preparations for the battle tomorrow night,

Recently, the Ecuadorian double stars Martinez and Bolaños have joined Shenhua in succession. Some Shanghai media believe that Shenhua is currently "a new striker with a lighter style and a counterattack advantage, bringing new elements, or customized for the Shanghai beach derby", Obviously, the two new foreign players have become the focus of the derby.

Faced with this series of problems, Cui Kangxi said: “The two foreign players have indeed come from a strange place to a new environment and a new football-style league. Generally speaking, they worked very hard to adapt to the team. Very hard work and serious training.

However, as I said, there are still some difficulties in the environment and so on. If the time is right, of course, they will be given more opportunities and room to play, but there are also problems of this kind.

How does Cui Kangxi view the decisive role played by foreign players in the Shanghai SIPG team in the game? What kind of preparations will Shenhua make for its opponents' foreign aid? In response to these two issues,

Shenhua General Feng Xiaoting, who followed Cui Kangxi to the pre-match press conference, said frankly when talking about the preparations for tomorrow’s World War I: “After hard work, we came to the Suzhou Division to participate in the championship competition. Facing Shanghai SIPG, we also did it. Fully prepared, and very much looking forward to tomorrow's game."

Shenhua’s performance in the last three games of the first stage was the performance of his opponents. Feng Xiaoting said: “As a defensive player, it must be very happy to be able to seal opponents in the game. Including this year after I joined Shenhua, the head coach To me, there are some defensive players who have emphasized the issue of zero cover.

Through the efforts of everyone and every member of the team, many defensive problems were solved in the first stage. I also hope that we can all continue our defensive ability in the first stage together. Then, while the overall defensive ability is strengthened, it will also give offensive players more opportunities. I hope that through the efforts of the whole team, we can achieve success in the next game. good grade. "

At the pre-match conference of a derby match, Shenhua coach Cui Kangxi and defense general Feng Xiaoting attended, and SIPG coach Pereira attended the show with Hulk, who had outstanding offensive power in the battle. The two teams were wise and brave in the derby. Has it started since the pre-match press conference? Tomorrow night’s game will reveal the answer. The Shanghai Derby has always been worth looking forward to and waiting. (Qu Xiaoyou)